We did decided on a red stripe for the boot-top… here she is a with a little bling last month: As of last week, I’ve finished painting the topsides, including the transom.  Last weekend, I scrubbed and painted the bottom.  Doesn’t she look imposing with her forbidding black keel? But the big event was today.  Launch day!  Here’s Rick approaching the target with the travel-lift: She’d been sitting there so long, tree-roots had grown under her keel.  The guys had to chop and dig out a space for the lift straps to pass under: Captain supervised– check the tires as she lifts off the ground. For the first time in around 20 years. She’s perfectly aligned.  I think Rick’s done this before.  A coupl’a’ times.

And she’s floating in the straps! There’s a storm predicted for tomorrow, so Rick’s going to leave her in the lift-slip until it passes.  Then it’ll be off to see if she’ll fit in the slip we’ve picked out.

The stuffing-boxes (all new packing from last fall) dribbled quite a bit– I tightened them up good and now they don’t leak.  There aren’t any leaks I can find (it was raining so much today the pumps were running from rain-water leaking through the windows!).

Now it’s on to rebuilding the cabin! 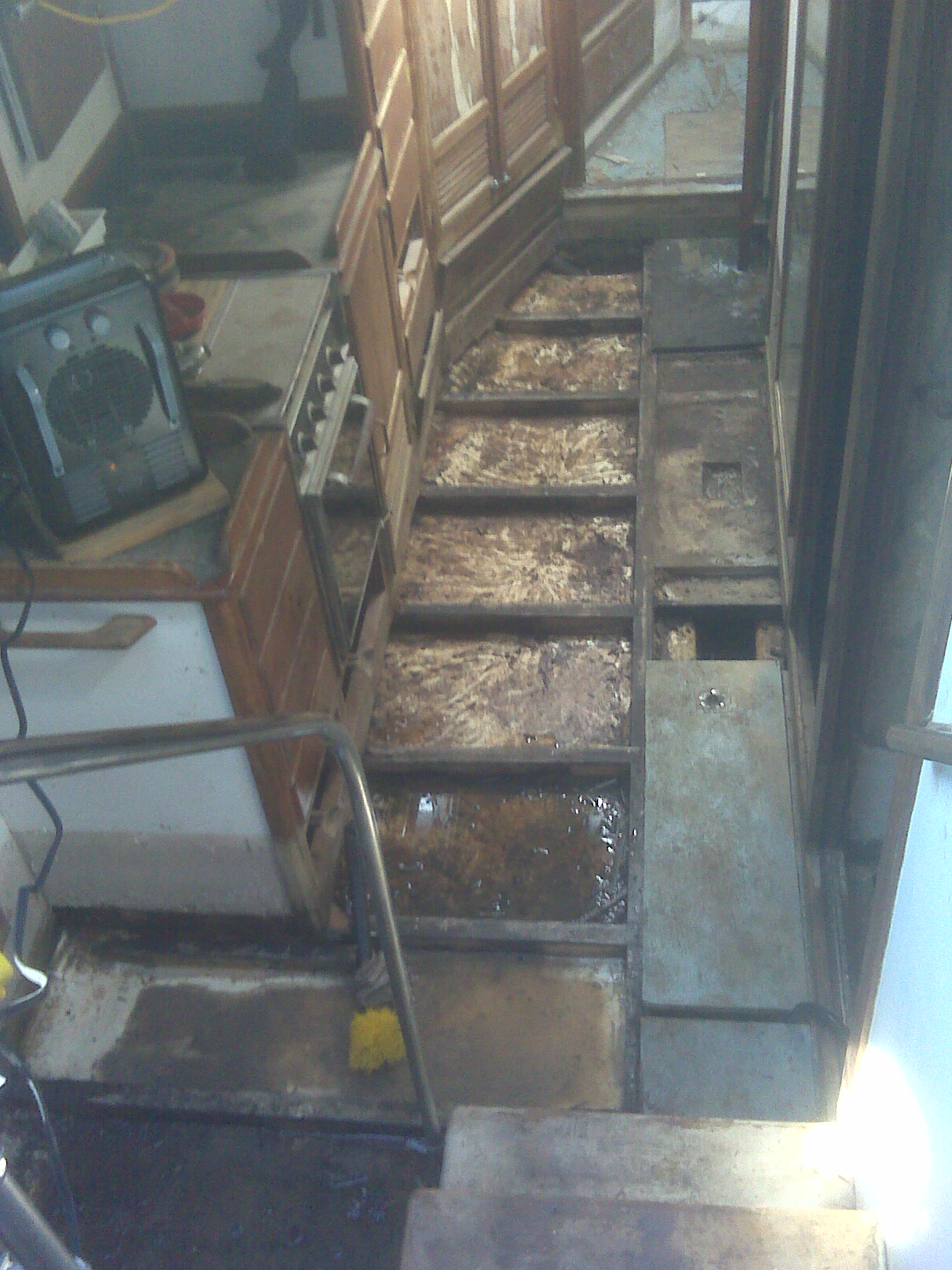 The weather has finally broken in Southern Maryland and it was warm enough this weekend to get some work done!

The ice in the bilges finally melted completely, letting me pump out all the water.  Unfortunately, two out of three old pumps didn’t survive the winter ice.  The important engine-room pump made it, though!

This week’s goal was to cut an inspection/cleaning port into the port fuel tank.  The starboard tank already has one– I opened it to see the tank was full of what used to be diesel fuel.  To get the boat ready for a swim, I need to pump out those tanks and dispose of the old fuel.  Which means an inspection/cleaning port in the port-side tank, too. Most of the rotted cabin-sole has been removed at this point– the fiberglass tank tops need to be cleaned before the new sole can be laid.  I cleaned one section where the new hole is to be cut.  The tank’s top looks so bright when it’s been scrubbed! I started by hand-drilling (with a brace-and-bit) a hole along the edge of the 8-inch circle.  My reciprocating saw couldn’t turn tight enough to cut the circle, so I resorted to a pattern of 1-1/2 inch holes cut with a hole-saw, then connected them with the reciprocating saw.  That’s why the scrap pieces are disc-shaped.  Not perfect, but once the port hardware is fastened down, I’ll clean up the circle. You can see how thick the tank is– about 3/8″ of solid fiberglass. Of course, running right through the middle of my hole is the top of a baffle that had to be cut away.  You can just see it below the level of the fuel.  Now I can call the oil-disposal guys to come pump out these tanks!

I finished up the weekend removing an old thru-hull fitting– it had to be cut out.  Next week I’ll get some pictures of that and how I plan to glass in the hole. 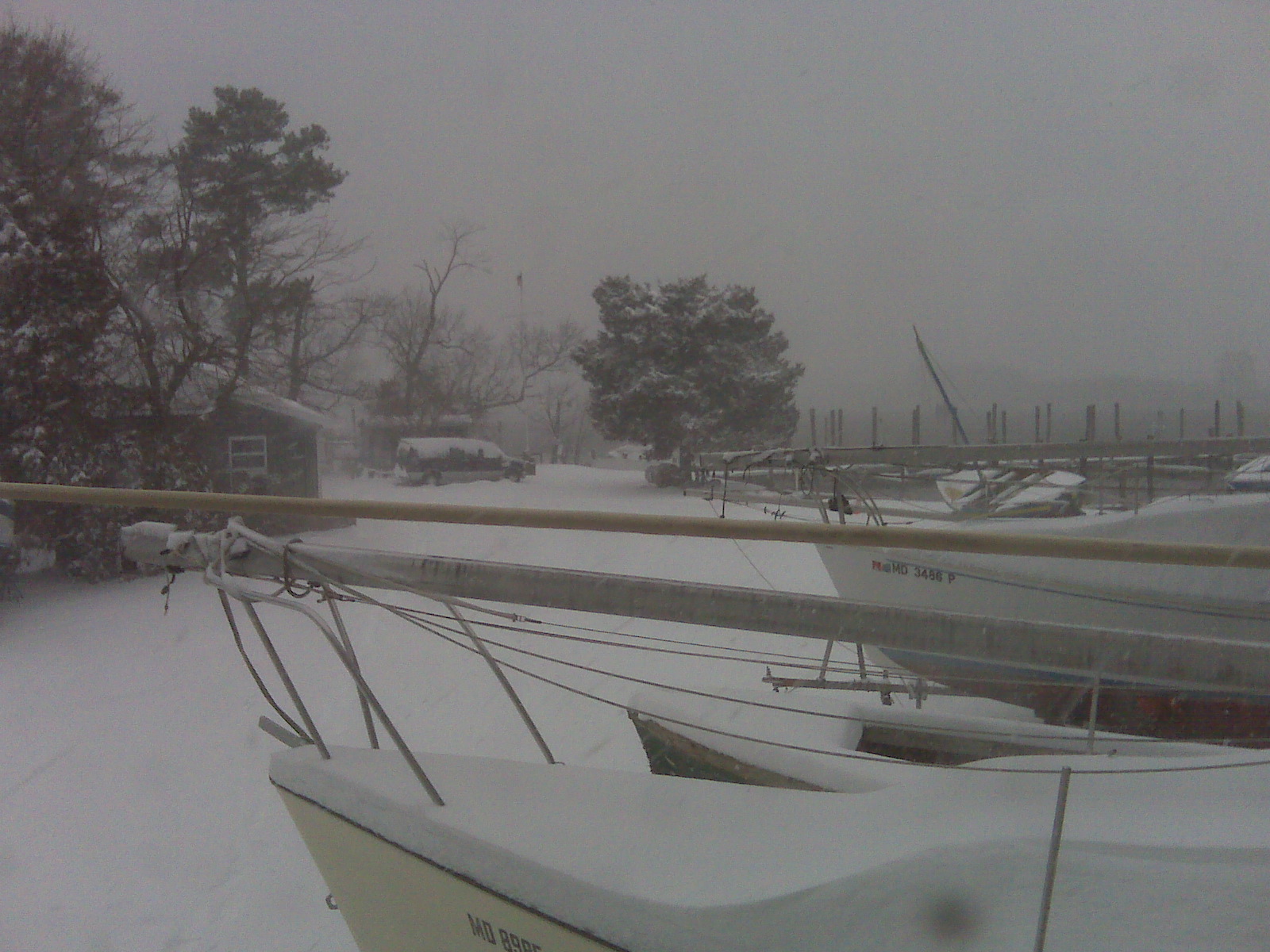 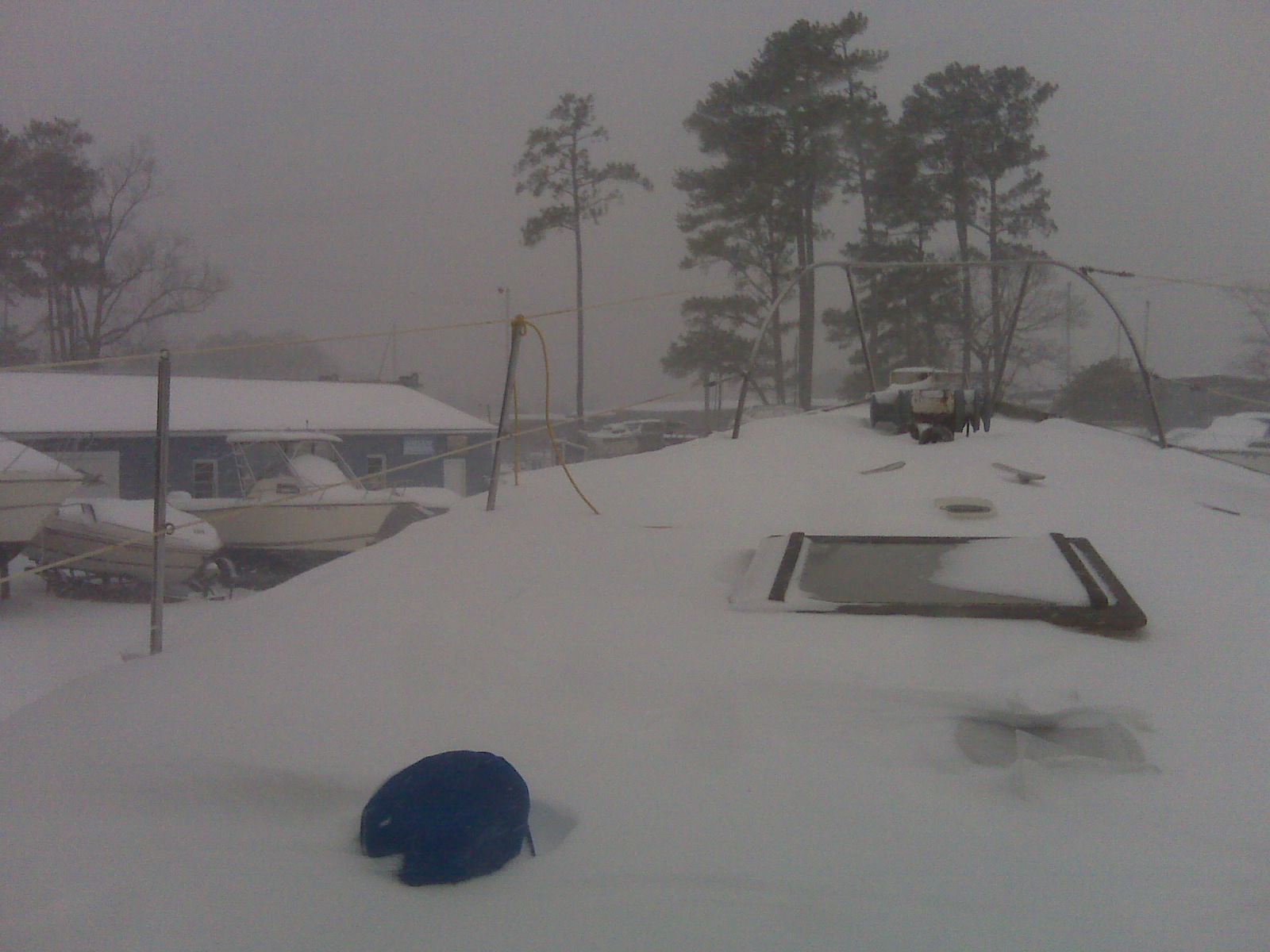 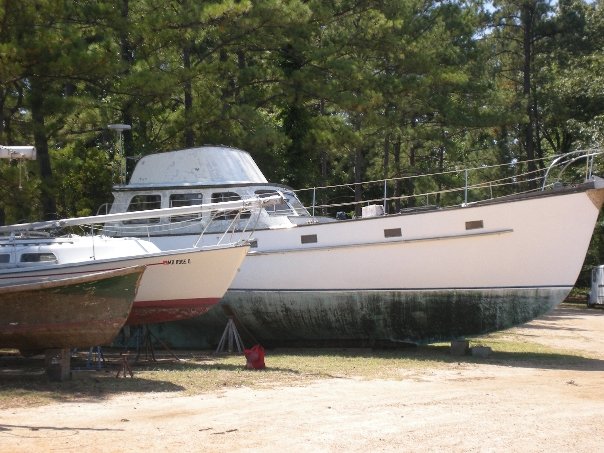