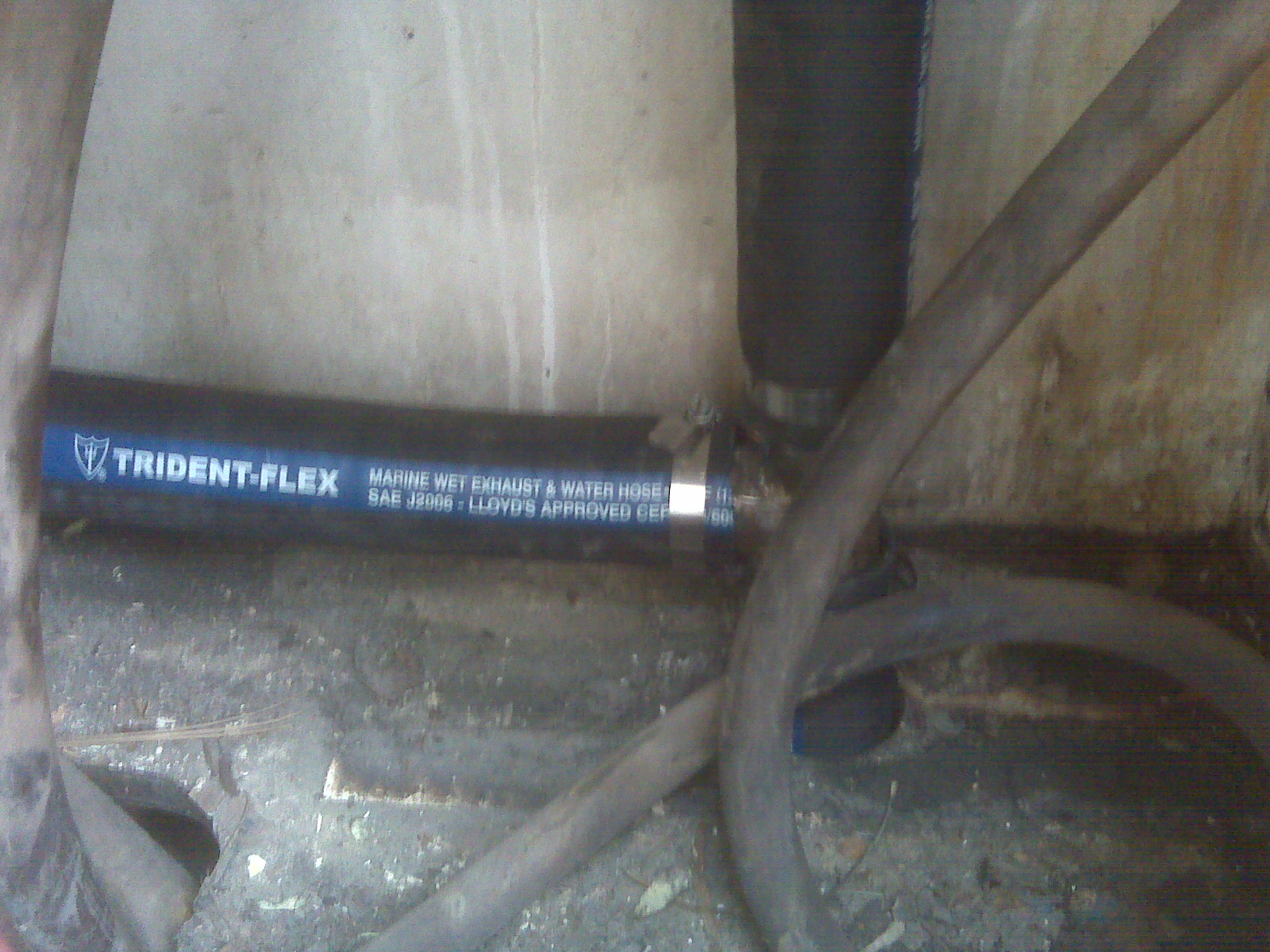 Now that the spring archaeology projects are out of the way (specifically, the Roper’s biennial haul and the much-touted Mount Vernon survey), I’ve gotten back to working on the Gypsy Blanca in earnest.
This weekend was devoted to ripping out all the rotted hose that was connected to the deck scuppers.  Instead of draining over the side through thru-hull fittings at the waterline, all the rain from the deck was running into the bilge.  And of course, if she were in the water, the slightest roll or wave would wash into the thru-hulls and straight into the hull.

There are six large scuppers, two on each side of the house and two on the back deck.  They had 1 3/4″ inside diameter hose (hard to find) that had to be ordered.  There are also a couple smaller drains on the back deck that look to have been added later, since their hoses were in good shape. So four original equipment sea-cocks had to be pried loose, cleaned and greased (they weren’t in too bad shape, I’m pleased to say).  Also, the remains of the ancient diaphragm pump that serviced the whole boat (with what seems to be miles of rotted rubber hose) had to be cut out and removed.  Finally, I could measure, cut and install the new hose.  All the bronze fittings were in fine shape.  Here’s a shot of one of hose fittings, connected the two scuppers on the “walk-around”. Here’s a shot of the old sea-cock, all cleaned up with the new hose attached.  The “tee” is waiting for another fitting to attach a smaller hose from one of the smaller drains. I also finished up the last bit of epoxy patching below the waterline.  Here’s some of the spots after the epoxy had cured–